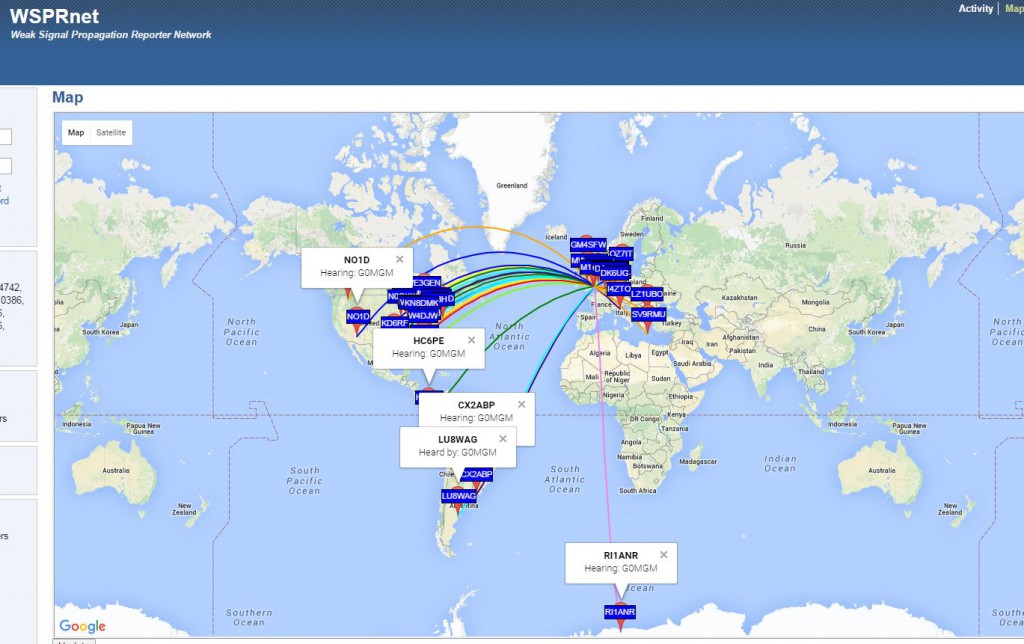 So far I have not had much chance to use the antenna in anger as the bands close early right now, but I have left it running WSPR this weekend on 15m. I left the antenna pointed on bearing 259 degrees and got this plot over the afternoon using the Anan and WSPR running 1w.

Im happy with those results and I have been received by some of the South American stations before but not so consistently as this afternoon. And RI1ANR in Antarctica was also a nice surprise.