My name is Rob Dunne and I am G0MGM.

I was first intersted in radio when a school friend of mine showed me his CD radio. As my father was an electronic engineer he encouraged me to get into CB. I was bitten by the bug and soon got on the air.

With the Sigma4 and the 4w of FM I started speaking to people some distance to me.

One day my father came back from one of his business trips with a small Panasonic RBF40 portable receiver which had the Shortwave bands on it, it only had AM and FM but allowed to discover the HF broadcast bands and I was soon hooked on listening to the liks of the BBC, VOA, Radio Moscow and others. I found this more interesting that CB and soon had a simple long wire antenna out in the garden. The next radio I got was an Eddystone EC10. 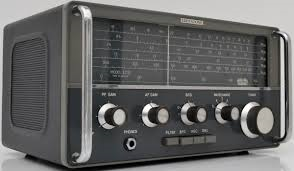 I then met G3MYN (sk) who became my elmer in Amateur Radio. He helped me get my license, in 1987 I was first licensed as G7DJI. This was the Class B license which gave acces to VHF and higher. This was fun but what I really wanted was to get on HF, so I then studied for and passed my 12wpm morse test. I passed first time and was given my current callsign, G0MGM.

Getting onto the HF bands was what I was really wanting to do and I continued on the bands until 1994 when work commitments and a small garden meant I was QRT until 2011.

I am a satellite broadcast engineer for a large telecommunications company here in the UK. I am responsible for getting signals distributed around our site and to our other sister teleports in the UK and Europe. My work is mainly involved with video and transport stream signals feeding Television Multiplex systems so it is all quite cutting edge, but I never get to build anything from end to end. This is why I like Ham Radio, I have very much enjoyed putting together the whole station and then getting the reward of working those far flung places with the modest equipment.

I have come to the realisation that I have worked about as much as Im going to be able to work with my vertical and wire Delta loop, so I have applied for planning permission to put up an antenna mast and a directional beam. So very much looking forward to that.

See you on the bands